Although the issue has come into a new limelight with President Obama’s visit to Myanmar, no one really needs any introduction to the topic. Pictures of Rohingya men and women have been flooding the international newspapers since the sectarian clashes began in the Rakhine state of Myanmar. And fingers have not only been pointed at the Myanmar government for its failure in protecting its minorities, but also at Myanmar’s neighbor Bangladesh.

The Bangladesh government has firmly refused to allow any more Rohingya influx into the country. And has, instead, followed a neutral diplomatic stance by refusing to condemn either of the two sides. International condemnation, particularly in Pakistan of which Bangladesh was once a part, have on the other hand been tremendous. Everyone has criticized the already impoverished state for its silence and refusal to accommodate people in dire need. 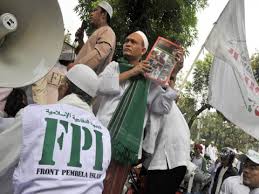 But the local public opinion on the issue have been divided.

Although the official count of Rohingyas who are housed in UN refugee camps in the border city of Cox’s Bazaar is around 30,000, the real count is at least 200,000. Most of these Rohingyas work in Cox’s Bazaar, Bangladesh’s most economically-important tourist city. A good many of them marry among the Bengali communities and become settled. The luckiest ones even succeed in getting a Bangladeshi passport, which acts as their gateway to the oil-wealthy economies of the Middle-East where the country sends millions of workers every year.

But all these refugees have to be clothed, fed and educated by the state. In a country where people struggle to meet their daily needs, the government has a very good reason not to take any more burdens. And so to preempt any more influx of Rohingyas in search of hope in Bangladesh, the government has even reduced access to Rohingya refugee-camps for international and local NGOs; making sure that all humanitarian aid were delivered by the army and border guards only. Recently, in an extremely embarrassing feat, a Turkish lawmaker, while on holiday in Cox’s Bazaar during the eve of Eid-ul-Azha, was arrested by the police for trying to distribute meat of the sacrifice among the Rohingya refugees.

But the most important reality of the problem was generated in a spat of sectarian attacks by Muslim mobs on Buddhist communities in Cox’s Bazaar.

A Rohingya refugee, who has fled the sectarian tensions in Myanmar, pleading with the Bangladesh Border Guards to grant him into the gates of Bangladesh

After a Buddhist teenager of Cox’s Bazaar tagged a controversial Islamophobic photo on facebook right after the mayhem of Innocence of Muslims, mobs of Islamists, within a few hours, gathered with bamboos and sticks, and attacked Buddhist temples and homes in Ramu, Ukhia and several other regions of Cox’s Bazaar. Speculators have confirmed that the attack was more planned than anyone could have imagined. People were brought in through trucks and buses from all over the district, where diverse religions have never had a problem, and within a span of a few hours the Buddhists were rendered homeless.

Everything was done in a planned, coordinated manner. Several centuries-old Buddhist statues have been destroyed for good and the police’s role have been called into question. Many have accused the local politicians of being a part of the blasphemy. Fingers have been pointed at DGFI and NSI—-Bangladesh’s two most notorious intelligence agencies——since it was impossible to carry out such an attack on minorities without their foreknowledge.

It all ended with the Awami League, the liberal, secular, left-wing ruling party, and the BNP, the centre-right, conservative, Islamist-secular, opposition party throwing accusations at each other.

But one thing was clear: Rohingyas were involved in vast numbers. Whoever planned the attack, carried out the arson by recruiting them from the UN refugee camps.

Jamaat-i-Islami, Bangladesh’s most problematic Islamic fundamentalist party, has firmly denied any accusations of having a role in the attack on minorities. Although there is a pervasive belief that the conservative, pro-Pakistani Islamist group was involved in the assault, its members have refused all charges of using any stateless Rohingyas to advance their political agendas.

Meanwhile, the atmosphere in the capital city has been untouched by the Rohingya issue. The centre of all political activism, art, culture and policy-making, Dhaka has gone on as if nothing has happened. One of the most liberal cities of South Asia, Dhaka and its economic ambitions have embraced its stance on the Rohingyas more positively than outsiders can think.

Although there have been mass-demonstrations by intellectuals, freedom fighters and human rights organizations after the attack on Buddhists, the people here are more busy with calling for a permanent end to child marriage and for scraping the new bill on Hindu laws that discriminate against Hindu widows. In a city where religion is becoming less important everyday; where feminists are chanting slogans of rescinding the use of Sharia in property inheritance; and where an ever-increasing proportion of the people are echoing calls for a removal of the phrase “Complete faith and trust in the Almighty Allah” used in the country’s constitution; the Rohingyas aren’t a topic that people want to think about.

Bangladesh’s economic ties with Myanmar have also been an issue. As the neighbor embraces a liberal economy after its democratic transition, Bangladeshi capitalists and businessmen have targeted Burma as a new potential market for enormous growth. Talks are already underway to set up Bangladeshi power-stations in Myanmar so that the energy-starved nation can meet its huge power demand in the rapidly boosting up industrial sector. Any disruption of the diplomatic and trade ties between the two countries would ultimately harm Bangladesh’s expanding business prospects in the region, and would rather benefit its mightier neighbor India.

So questions on all social networks by Bangladeshis have been similar. Don’t people lose lives on a daily basis in Iraq, Afghanistan, Syria and Palestine? No one cares about them, so why all this targeting Bangladesh for something it played no part in? Why suddenly this we-muslims-need-to-save-our-brothers-and-sisters-in-Myanmar-from-Aung-Sun-Suu-Kyi type of thing? Aren’t our tax money low enough already for a huge population like ours? 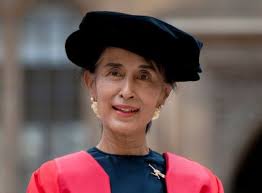 However, many have raised a voice for the Rohingyas as well. Editorial columns and opinion on leading media outlets have condemned the violence and criticized the Bangladeshi government for its lack of an international response over the issue. Some have reminded the country that during the liberation war of 1971, when the Pakistani army and Jamaat-i-Islami were persecuting and raping as much as possible to create ‘a breed of better Muslims’, the neighboring India, seeing a positive political opportunity of a divided-Pakistan, granted refugee status to 2 million people who fled the violence into West Bengal.

But the situation in this case is different. If more Rohingyas are allowed refugee status in Bangladesh, it is quite unlikely that they will ever return to Myanmar again when the Burmese government accepts them back; thus further burdening the Bangladesh economy.

In an age of high economic ambitions, capitalism and materialism in South Asia’s one of the most populous and rapidly-developing countries, this is how the pervasive belief about Rohingyas is prevalent. Any government in power would have closed off its borders in a situation such as this. In fact many analysts now think that the Bangladeshi government made the perfect decision during the conflict. Not only did it stop violence from escalating within its own borders, but also kept international pressure and awareness abuzz on the Myanmar government, which has followed a system of ethnic cleansing and persecution of the Rohingyas since the early 1970s.

Right after the liberation war devastated Bangladesh and pushed it back by at least five decades, the nascent country, despite all its hurdles, gave refugee status to the thousands of Rohingyas who fled the Burmese military’s sectarian war against the Muslim communities. But after three decades, there is a popular feeling that it’s now time for Suu Kyi and her men-in-uniform to take back the people whom they have wronged in their own lands just because they were Muslims and not from the same faith as the majority of the people. As much as there is a call for Pakistan to take back its huge number of refugees in Bangladesh who have been rendered stateless during the 1971 war, there is also a call for the Myanmar government to stop further burdening the economic potentials of a country desperately in search of social prosperity and interfaith harmony.